I was born while Harry S Truman was President, television was very new, we still used an ice box (I was in school when we finally went electric). We got dressed up to go anywhere away from the home. People wore hats, men and women alike. Ladies wore gloves and we matched shoes with handbag/purse. I loved my petticoats which made the full skirts of my dresses puff out. I am glad these dresses are coming back …. I have several but no frilly petticoats.

I would stand by the wringer washing machine watching with fascination at the wet clothing got squeezed through the wringer, and had to stand on a chair to wash dishes at the sink. (I have an old wringer washer and absolutely love using it, also still do dishes by hand).

Our grocery store was a tiny corner store, much like Ike Godsey’s store in The Waltons, where Mr. D would cut meat to order for my grandmother while I browsed the penny candy shelves. Grandmother would also phone the store to place an order which would be delivered later in the day by Mr. D’s son, Johnny. Johnny also delivered the blocks of ice for the ice box. I can still “see” him chipping off big bits of ice for us kids on hot summer days.

It seemed everyone was polite and thoughtful of others.

There was one telephone, usually hanging on the wall in the kitchen (I hate cell phones and have one only for emergency) One television, if you were lucky enough to own one. We have one tv which is more than enough since even with 100 channels, there isn’t anything to watch.

Kids were sent outside to play right after breakfast and didn’t come back inside until lunchtime, and when the streetlights came on later in the day. Kids could walk to school or to their friends’ homes safely.

I miss those days and try to live as close as possible to those days as I can manage in my own little space and if there were a time machine available I would return there in heartbeat.

The world today is a frightening place.  Everyone seems to only think of themselves, countries are caught in a seemingly never-ending war,  and even privacy, along with manners and good taste, seems to be a thing of the past.

Indeed, if it were possible, I would return to a better time a never miss these past few decades.

2 thoughts on “Living in yesteryear…. would you?” 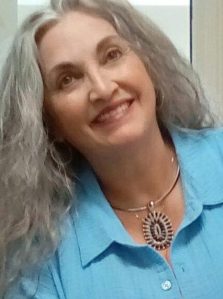